The flooding made the cinema look like an “Olympic swimming pool” 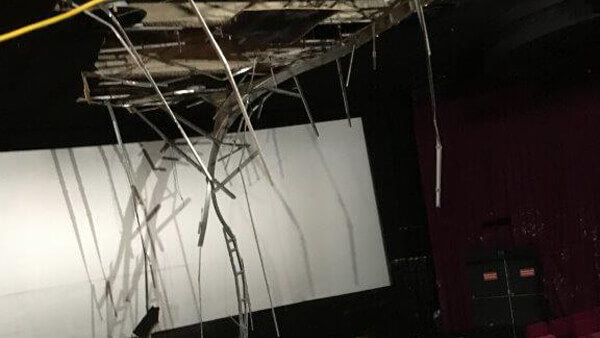 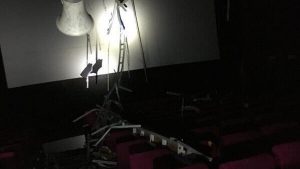 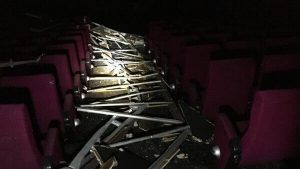 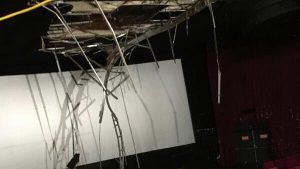 The Event Cinema complex is on one of Sydney’s busiest streets – George Street.

On August 1, 2017, a burst waterpipe caused extensive flooding at the Events Cinema complex. Around 8 million litres of water flooded into Cinema 12, the foyer and the adjoining production offices.

Their main concerns were interruption to trade and damage to building’s interiors from damp and mould.

Floor coverings, furniture, walls had all been either completely submerged and needed removal and repair. Mould contamination was a particular threat and the Advanced Buildings and

Restoration team were charged with ensuring the problem was resolved.

Cost of Building and Restoration

We estimated the initial works amounted to about $750-800K and the rebuild works to cost approximately $1.2 million.

Council Approvals were required before any work started

Approvals were needed for access and water removal. A temporary works permit was required to allow us to park, drop, load bins on road. This was done in conjunction with a traffic management plan and traffic and pedestrian controls.

The building’s downtown location meant it was surrounded by heavy vehicular and pedestrian traffic. Our thorough approach to safety required that our people and equipment worked while avoiding any traffic interruption and ensuring pedestrian and worker safety.

The extreme damp and the risk of cross-contamination of mould was a real issue. The team used containment walls and room sealant to reduce cross-contamination between work areas. To ensure a safe work environment as remediation works took place, the team wore full-face respirators. A fresh air supply was pumped through the affected rooms to reduce the effect of contaminants.

Decontamination was a 3-step process:

None of the affected rooms had any natural lighting. We needed to use portable, rechargeable lights before the electricians could restore the permanent lighting.

Different surfaces need to be treated in different ways

We used diluted sodium hypochlorite (bleach) to remove mould and proteins on concrete surfaces. To eradicate mould contamination on coated beams (in the roof and walls), we used an anti-microbial spray. All metal and horizontal surfaces were treated by using abrasive cleaning methods with an anti-microbial chemical. A hard surface cleaner was used to clean concrete surfaces.

Take a look at our other Projects or call us on

We believe a great company also supports the wider community.

When you enlist Advanced Buildings to help build or restore your property, you can be sure you’re hiring the most qualified team in the industry.